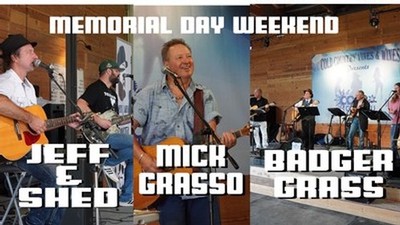 Just take a look at this year's music schedule and I think you will agree, no one does it like Cold Country.  We have a balance of the old favorites, with some fresh new talent, and a couple of area favorites that have been around for decades and bring back the memories of old. 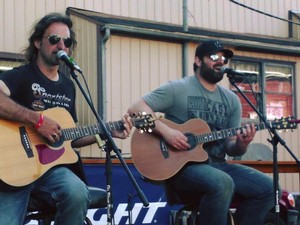 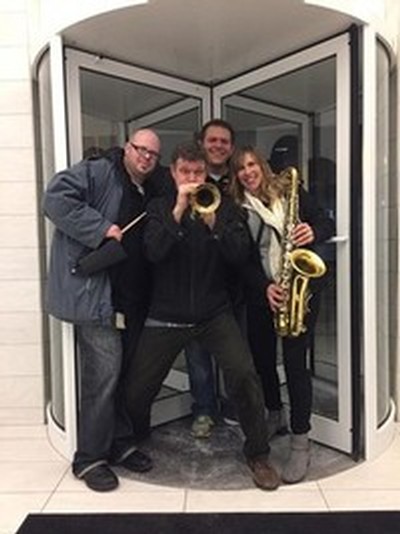 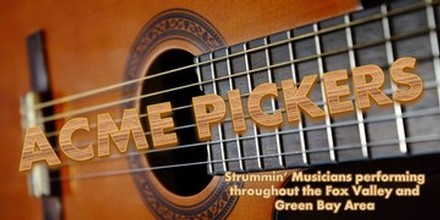 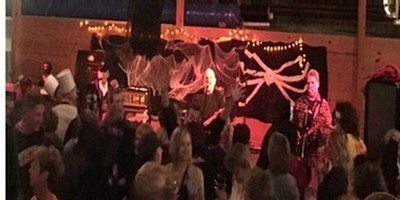 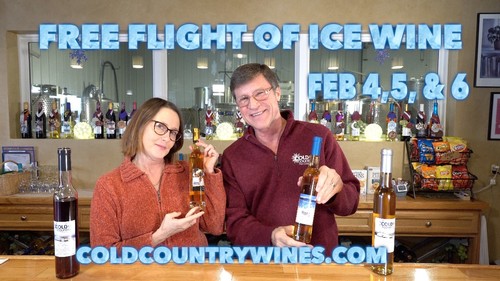 What is the Best Temperature to Serve Wine?

Ok, there are several so called rules here that we will get out of the way right off.

1. All white wines should be served chilled.

This is true for the most part except in the area of Chardonnay.   Many Chardonnay drinkers like it closer to room temperature.  It has to do with the amount of oak tannin the exists in a particular chardonnay.  Still most people drink even these whites chilled to about 52 to 55 degrees.

2. All red wines should be drunk at room temperature.  First off what most people don’t know is that this rule of thumb is talking about cellar temperature.  If you are drinking red wine in a 75 degree house, it would not be ideal to drink any red wine at this temperature.  The second thing that most people don’t know about this rule is that it is referring to dry reds with a lot of tannin structure.  So when you are drinking a dry red with some tannin in it the ideal temperature you would drink this wine at is between 62 and 68 degrees.

1. Drink your wines at whatever temperature makes the wine taste the best to you! (or your guests)

2. Sweet reds without a lot of tannin taste excellent all the way down to 40 degrees on those hot summer days.

3. Find your preferred temperature for whites by experimenting.  I myself like most whites a little warmer than you will get at a restaurant or worse, out of your refrigerator.

4. If you pull an excellent red off of your wine rack and it’s 70 degrees or more, put it in the refrigerator for a half hour.  Get it down to 58 to 60 degrees.  It will warm somewhat in your glass and be at the perfect temperature when you drink it.  Of course this is slanted toward what I like, which is about 62 degrees.  If you don’t believe me, try this on a warm summer day.  If you’re not amazed at how much better it tastes, I would be surprised, but again that’s me.

Now I hate to talk about Winter when the weather is still warm but when you get out to that outdoor festival or ski slope or ice rink, try the hot spice wine.  It’s amazing how good this tastes on those cold days.  The other side of the coin is the wine slushie.  I’ve only tried a few of these, but it is definitely something that goes well on those really hot summer days. 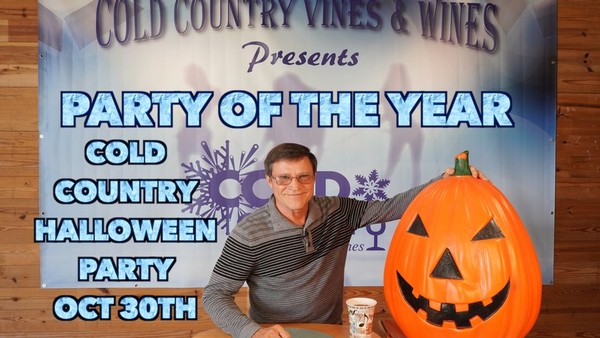 10 Fears of a Winemaker

The 10 Biggest Fears of a Winemaker

10. Over-oaking - is not that much of a fear of winemakers but it happens so often, even in commercial winemaking that it really needs to be feared.  What is the solution?  Split your batch and only oak half.  Then blend to obtain the perfect batch.  Of course, that means you now have to have an extra tank to hold the batch not oaking.   And what are you going to do with the leftovers after you’ve blended?

9. Tartrate Crystals – little transparent crystals on the bottom of the bottle after the wine has been chilled is not considered defect by traditional winemaking standards, but the majority of consumers will not stand for it.  This is caused by precipitation of excess of tartrate in the wine after fermentation which originates from the grapes natural acids.   It is normally chilled to 32 degrees or lower for a pre-determined amount of time to precipitate out the excess.  More recently there are chemical means to prevent precipitation in the bottle.  Once in the bottle, however, you have two choices; Rebottle or lose credibility.

8. Cork Taint – this is as old a problem as winemaking itself.  And contrary to its name, it doesn’t necessarily come from corks.  It can, of course, but it also can come from barrels, barrel racks, tanks, scaffolding, walls, stairs, pallets, cardboard boxes, etc.  The chemical that causes the problem is TCA, (2,4,6-trichloroanisole), which is produced by a reaction between certain molds and certain chemicals used in cleaning the winery.  The cure?  There is no sure thing, but you can reduce your probability by removing wood and wood products from the winery and avoiding the use of chlorine in cleaning in your winery.

7. Brettanomyces – or Brett as it is known in the industry, is actually another yeast that does its’ work after fermentation.  It is a very tough strain and is a constant battle of commercial winemakers.  If your winery gets infected with Brett, it is a long and hard battle back to clean.  Some famous European wineries, actually allow Brett to grow in the wine to add complexity.  Once you’ve tasted how bad it can get, it’s hard to convince yourself that a Brett contaminated wine is delicious.  If you’re a red wine drinker, chances are you’ve tasted it already.  It’s a wet dog smell/taste.  Others describe it as horse blanket.

5. Oxygenation – This is noticed by winemaking professionals more than everyday wine drinkers.  Many of my friends, who are significantly educated in wine, cannot detect over oxygenation.  Winemakers on the other hand, who are always opening up the top of tanks where the top layer is always over oxygenated, get very sensitive to the smell of this defect.  It’s a wet newspaper or moldy basement smell.   I have done tastings in several wineries, where the sample they serve is totally oxygenated.   Surprising to me, is that most of the time I’m the only one who notices it even after I point it out.

4. Re-fermentation in the bottle – In today’s new world of Muscato lovers we have the ever present possibility of re-fermentation in the bottle, due to the excess sugar these wines contain.  This can really hurt the winery’s reputation because the bottle can actually blow the cork out, wherever the bottle happens to be stored.  This results from incomplete sterilization of the finished wine.  Dry wines do not need to be sterilized because the yeast has no sugar to feed on.  Careful filtering and follow-up testing are the only ways to reduce the number of re-ferments you will get on any given batch.

3.Press Failure during harvest season – will likely end in spoiled fruit, or a rush to get the fruit to cold storage while the press is under repair.  Of course, I’m talking about catastrophic failure that results in days or weeks of repair time.  You might borrow someone else’s press but they are going through harvest themselves.  If you happen to live in California you may be able to convince the other winery down the street to press for you, but here in the Midwest it’s not quite that easy.

2. Fitting or hose failure – You hear stories about this every once in a while.  The crew gets the filter pump running from one tank to the next.  Everything looks like it’s going well so they decide to take a lunch break.  They come back an hour later and find that a hose fitting failed and the tank emptied into the floor drain.  Anywhere from $5,000 to $100,000 worth of wine was lost.  This usually only happens once to any particular winemaker.  He’s not likely to leave a transfer unattended again.

1. Excessive H2S – This may not be every winemaker’s worst fear but it is definitely my worse fear. H2s, (Hydrogen Sulfide), is a compound usually formed during a nitrogen deprived fermentation.   This can be avoided relatively easily, but there are circumstances that will render the wine unfixable.   A small amount of H2S production can easily be corrected for by judiciously adding small amounts of copper sulfate however if the contamination is excessive, it cannot be eliminated completely and will come back out of hiding once the wine is bottled.  This is a real problem considering your wine now has the bouquet of rotten eggs.  This happened in our second year of commercial production.  Apparently sulfur can be picked up by the roots from the ground water and deposit it in the fruit.  The fermentation will go great and the wine will seem perfect.  Then two weeks after press you’ll notice the bad smell coming from the vent.  At that point it was too late for me.  Subsequent years, I’ve filtered and racked several times during those first two weeks to reduce the problem to something much more correctable.

What’s this sediment in my wine? 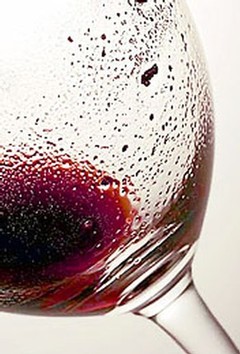 This is a question I don’t mind answering as long as they are asking about someone else’s wine.  Kidding aside, it is not usually a defect that causes this.  There are two common sediments that annoy all but the seasoned wine drinker.  That’s right, the wine drinker that understands wine will usually dismiss the following types of sediment.

The first type of sediment is the tartrate.  Tartrate crystals form when wine is chilled below its tartrate saturation temperature.   All wine has tartrate in it, so if you get it cold enough the wine may start to precipitate tartrate.  A good winemaker will take steps to ensure that the temperature at which the precipitation occurs is at or below freezing.  We usually do this by bringing the actual temperature of the wine down to just below 32 degrees for anywhere from a day to two weeks.  This is a process called cold stabilization.  This can be undone by blending wines after the cold stabilization process has been performed.  Tartrate crystals can re-form in the bottle because blending can change the acid balance of the two wines which results in them becoming unstable.  This is a mistake I’ve made myself and had to rebottle because of it.  So, when you see these completely harmless crystals in the bottom of your nice bottle of white, don’t worry, you can still enjoy the wine.  Just be a little careful not to pour too vigorously so that it gets into your glass.

The other type of sediment commonly found is a tannin sludge in red wine.  This sediment is a kind of dark red sludge that you usually get in the last glass or two.  This is actually considered quite normal for high tannin wines.  As red wine ages, the tannins string together and eventually get heavy enough to precipitate out and settle to the bottom.  This is another case where it is perfectly harmless.  The biggest problem here is you usually don’t see it until you take that last sip and you get a mouth full of sediment.  Even though I know it’s ok, I still find it repulsive.

Both of these issues can be compensated for by decanting the wine.  Carefully pour the wine into a decanter before serving and no one will ever know.  In fact, many red wines have a notable improvement in flavor due to decanting.  So don’t stress over a little sediment in your wine.  Just enjoy the wine the way it meant to be.  Consume with abandon, (that last comment was inserted during editing – but I’m not pointing fingers – KayJ).