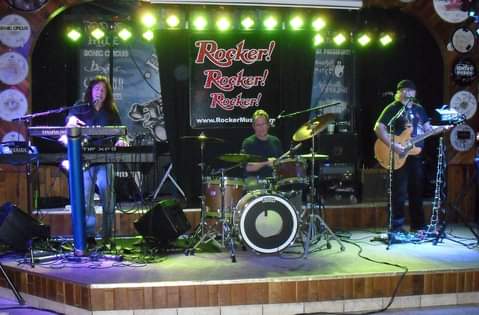 Rocker has been performing professionally since May of 1974. Performing all over Wisconsin and Michigan, with various jaunts to Iowa and Illinois. Doug on keyboards, bass keyboard, and vocals with Rick on guitars and vocals, are founding members of the band. Paul on drums & vocals has been with us since July 2016. He spent the previous 10 years in Nashville. Many will remember Rocker performing their first show on Friday, May 10, 1974 at the Migration in Bonduel, WI. Rocker has performed literally hundreds of parties, weddings, and private events as well as night clubs and bars to this day. Most of the music performed is CLASSIC ROCK. Some country tunes and of course, a few polkas are included in the mix. They truly LOVE WHAT they DO, and hope it shows! /

Commenting has been turned off.